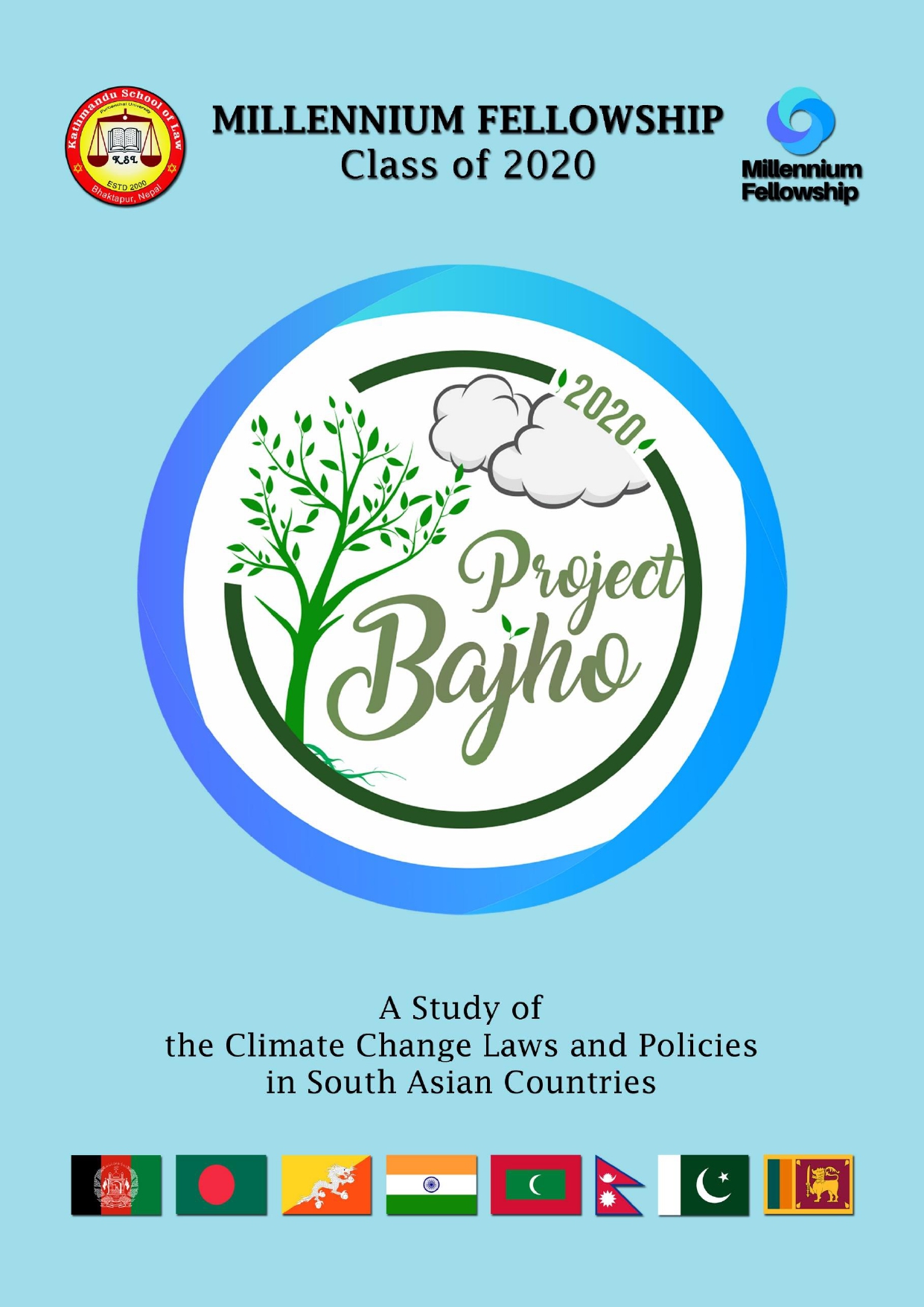 “Project Bajho” is a Millennium Fellowship project advancing Sustainable Development Goal: 13, concerning Climate Action by analysing the laws and policies regarding climate change and the environment of the South Asian countries. Millennium Fellowship is a semester-long leadership development program jointly conducted by the United Nations Academic Impact and the Millennium Campus Network (MCN). Students of Kathmandu School of Law who have been selected for the Millennium Fellowship Class of 2020, are leading this project along with a team of researchers and editors representing other South Asian countries. “Bajho” means barren land; the word is used in the project title to reflect a productive improvement in the climate change policies which are currently unproductive in the countries of the South Asian region.

There are eight groups of researchers who are assigned to eight SAARC countries, out of which one researcher is a native citizen for a better understanding of legal language, climatic situation, and geographic history of that specific country. Each of these teams is required to prepare one report for the country they were assigned. The final outcome is a comparative study and recommendations which will list out the best practices of South Asian countries. Once the study is completed, it would be given the best of the efforts for implementation by submitting the reports to the concerned authorities of South Asian countries as well as the SAARC Secretariat office in Kathmandu. The Founding Director of CELP, Dr. Kokila Konasinghe is a Co-Advisor of the project. Two members of CELP, Ms. Dulki Seethawaka and Ms. Kithmini Aviruppola were the Editor-in-Chief and the Lead Researcher of Team Sri Lanka respectively.

1.To study the impact of climate change in South Asia.

2.To analyse the scope and legal gaps of national legislation related to climate change in each jurisdiction within the SAARC region.

4. To do a comparative analysis of national legislations of the SAARC region with the international legal framework on climate change.

5. To study distinctive practices of each SAARC country in combating climate change. By Sachitha Dilshan | May 23, 2022 | International Collaborations

A Chat on Sustainable Development